DOS games were so popular, that even to this day, they are being praised by their gameplay and the hours of entertainment they can give you on a late afternoon. One of these games, in particular, deals with an addictive and fun genre, even to this day makes an appearance in modern games. This genre is, of course, casino games.

Now, while DOS wasn’t known for their casino game, that doesn’t mean there are some hidden gems in their catalog. In fact, I used to search for the best casino games for DOS and, Classic PC Games, finally put a list of the “must play” games from this system.

Bandit is a basic slot machine game that plays their functions well. Something to talk about it is even to his date (1986) Bandit was available in full color, something odd for a game of its time. It’s entertaining and has a simple look.

Coming in the early 90´s. Beat the house is a casino slot machine game that focuses on giving you a great experience. It has a revolutionary look which most of the DOS games had at that time. Nice and colorful graphics that really make the game appealing to the eyes.

Definitely the best experience for the DOS games catalog if we talk about casino games. Entertaining and fun are the main words to describe this game. It is highly recommended if you want a great experience in DOS.

When it comes to DOS games we know that we are talking about the birth of a video game system that was entitled as one of the best games platforms of their times. DOS was a legendary time where you can boot your floppy disk drive and play the best games on your computer. 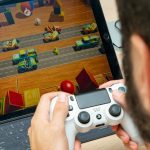 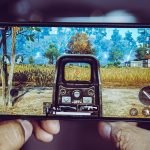