First of all, what is Paradise Heights? This is an H-game created by Japanese developers. Its main characteristic is that it is an adult adventure game that has a linear story, which develops through your pointing and clicking.

Many people have been talking about this newly released game, so it is time for you to know some facts that you probably didn’t know about it. Here, our team has somethings to say about Paradise Heights.

This is a linear game, so you don’t have to be worrying about losing, but about actually enjoying the whole experience.

The story is about you (as a character). You have an uncle that went on some vacations and asked you to look after his apartment. It gives the name to the game, Paradise Heights. It’s a pretty small place with two floors and six different rooms.

The thing about this place is that you get to live with five different girls, You don’t have a job anymore, because you quit it. And now you live with these girls as their apartment manager.

There is no goal to seek, you just have to roll with it. The only thing you have to do is click and the story will continue, and yes, there’s going to be sex in it. The story progress is the same for everyone. There is only one thing.

Time to Play the Game

This game is a click-and-sees one. When you are facing an opponent, you get to choose if you want to look or if you want to talk. So you will have a bunch of dialogue options with the girls living in the apartment, however, there isn’t a lot of variety.

The game always takes place indoors, and you never get out of the building. The game develops either upstairs or downstairs, inside of the rooms of the girls that let you in.

The story has already been set up, so there is no possible way that you make a wrong choice. If you go to a place you are not used to, then it won’t let you, not until you actually find where you have to go.

It is a pretty plain game with no actual excitement, its characters are very basic and so is its story. But I guess it is ok to spend the time doing something. 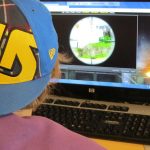 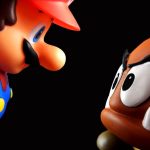 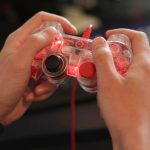